When most people catch a glimpse of an MMA fight, they are shocked that someone would willingly spend their life training to be beaten up for sport; however, very few consider the beauty or what goes on in the fighter’s heart behind the scenes and whether or not faith plays a role. In Carmen Schober’s debut novel, readers will find a refreshing narrative that respectfully tackles the heavy topic of domestic violence while also shining a light on people’s passion for mixed martial arts. Wrestling the lines of faith and anger, After She Falls is an excellent novel with an important message to share!

Adri Rivera was a promising fighter with a successful career ahead of her until she left it all behind for what she believed to be her happily ever after. Falling blindly in love with a man who could silence a room with one look, she willingly walked away from everything she’d trained her whole life for to pursue a future with Owen; however, the fairytale is short-lived when Owen’s true colors come to the surface, but is it too late for Adri to leave?

Determined to protect her daughter from her husband’s rage and violent outbursts, Adri takes the risk and flees, returning to the safest place she knows. Nevertheless, returning to her hometown will come at a cost. Will Adri be able to make amends with her childhood best friend and first love, Max Lyons, or will her betrayal be unforgivable? And, what of her fighting career? Does Adri have the chance to start over, or will the ghosts of her past prevent her from chasing the dream still blazing in her heart?

“She tried, but she hasn’t forgotten who she used to be—a local legend in mixed martial arts, a professional fighter in the making. She closes her eyes, trying to remember and forget at the same time.” ~ Carmen Schober

After She Falls is an action-packed novel that will not only surprise you but leave you wanting more. One of Bethany House’s edgiest books; I loved how real and honest the characters and storyline were. With an underlying faith theme that shines brighter as the plot unravels, the author doesn’t shy away from showcasing her characters’ lifestyles and choices as each of them navigates success, love, pain, faith, anger, forgiveness, and brokenness.

I thoroughly enjoyed Carmen Schober’s debut novel! While I have never been interested in MMA fighting, I have to admit that reading this book made me see the sport beyond the blood, sweat, and tears. Whenever Adri prepared to get into the ring, I felt my anticipation rise like I was gearing up to watch the match on TV rather than read the scenes on my Kindle.

Another thing that I really liked was that it wasn’t a “love at first sight” or quick transformation kind of book. Adri had a lot of healing to do after leaving her abusive marriage, and while it was clear there would be romance, the author spanned the book over a year rather than a couple of weeks or months — though the time jumps could be abrupt and often occur right when I wanted to know what was going to happen next. After She Falls was realistic and plainly showed the progression of a relationship built on faith and trust; however, there was still lots of room for growth and mistakes, making this book not feel preachy or perfect. I also LOVED Boom and thought his entrance into the storyline was fabulous!

Carmen Schober is an author to keep an eye on! She’s an underdog who delivered a knock-out debut novel that is sure to excite and surprise many!

*Thank you to NetGalley and the publisher for providing me with a pre-release copy of this book. All thoughts and opinions are entirely my own!* 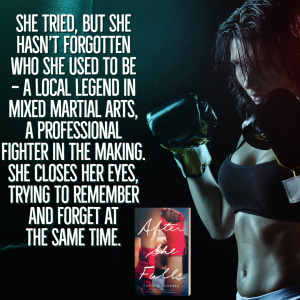 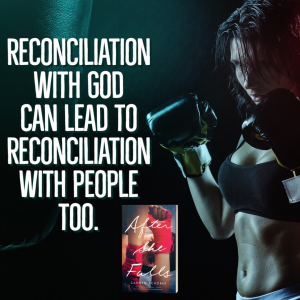 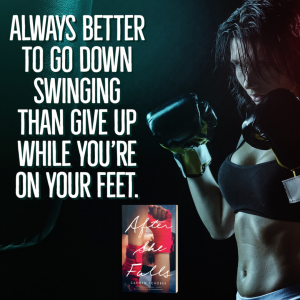 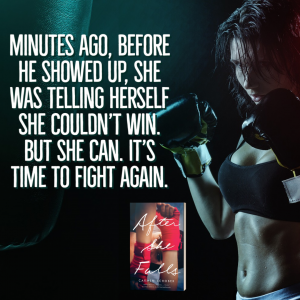 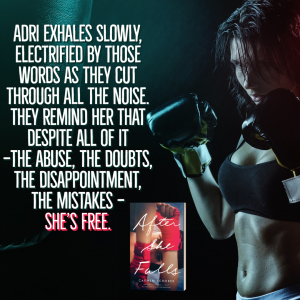 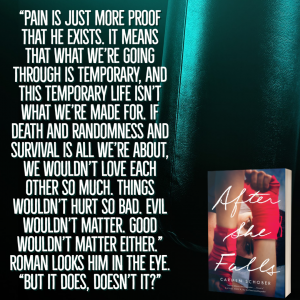